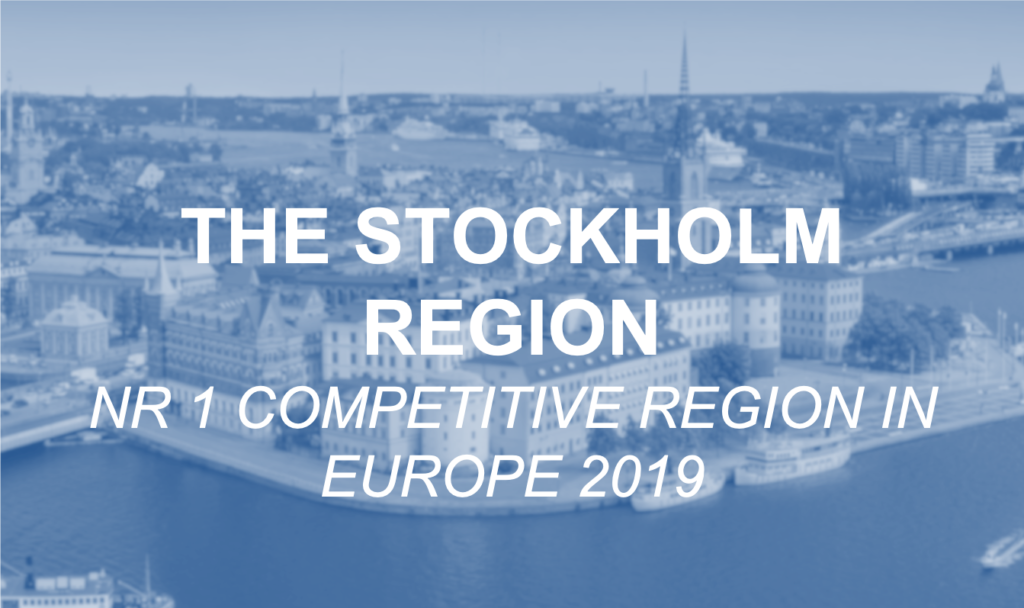 The Stockholm Region has been designated by the EU Commission as the most competitive region in Europe. Health and innovation are two areas that are particularly highlighted.

The Directorate-General for Regional and Urban Policy has now designated the Stockholm Region as the winner in what is referred to as the EU Regional Competitiveness Index. Stockholm is number one, before London in second place and Utrecht in third place. Irene Svenonius, County Mayor in the Stockholm Region, was in Brussels on the 7th October to receive the award at Launching the 2019 Regional Competitiveness Index the and tell more about the why Stockholm success.

The survey is based on a country’s ability to provide an attractive and sustainable environment for businesses and residents to live and work in. A total of 268 regions among the EU’s 28 member countries have been reviewed. The last time, 2016, Stockholm was appointed fourth most competitive region.

The survey shows that Stockholm is particularly strong in areas such as health and innovation. A decisive factor is also that there is a skilled workforce and a good educational structure. Other areas where the region is above the European average are the institutions’ quality, macroeconomic stability, infrastructure and technical preparedness, as well as innovative business development. This means that there are many innovative companies and research that stimulate international players to have their headquarters in the region.

The Regional Competitiveness Index (RCI) has measured the most important factors for competitiveness in different regions throughout the EU, every three years during the last ten years. The index examines more than 70 comparable indicators in 11 main areas.